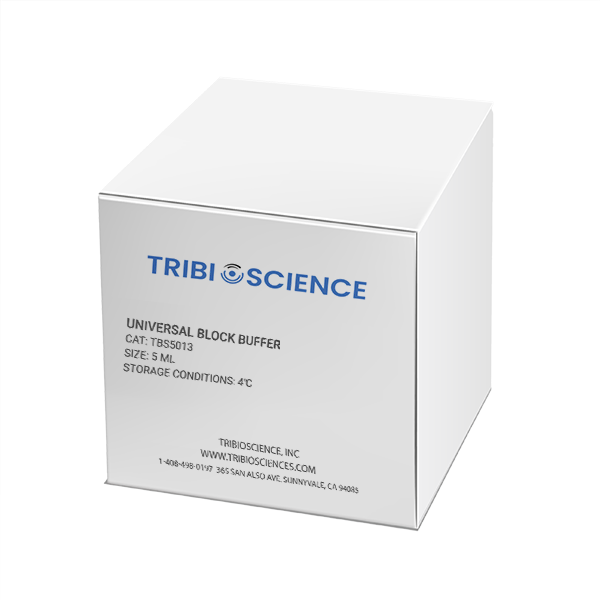 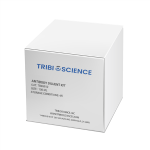 6x SDS Protein Loading Buffer
0 out of 5
( There are no reviews yet. )

The solution is ready to use.

Antibodies and other proteinaceous reagents tend to bind non-specifically to membranes, plates, and tissues. To minimize this nonspecific adsorption, a blocking buffer is used. Primary requirements of an ideal blocking buffer include enhancement of the signal-to-noise ratio and no cross-reactivity with the detection components. TBS’s Universal Blocking Buffer shows no cross-reactivity, as it does not contain biotin or enzymes found in non-fat milk preparations, and it blocks more effectively than serum albumins. For example, ELISA plates can be blocked in a few minutes instead of an hour. The blocking potency of the Universal Blocking Buffer is superior to most other conventional formulations in producing a high signal-to-noise ratio. Universal Blocking Buffer may also be used as an effective diluent for antibodies.

There are no reviews yet.

Be the first to review “Universal Block Buffer” Cancel reply

You've just added this product to the cart:
× product(s) added to cart → ×